However, Good Corporate Recordkeeping Is Vital To Your New York Small Business. Here are just a few real-life examples: 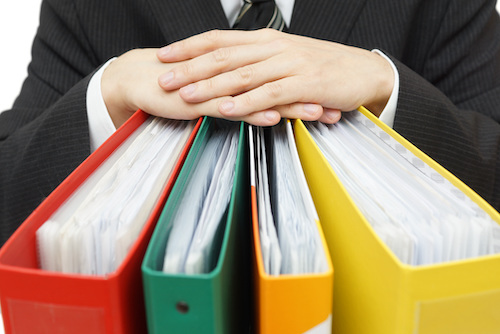 Two friends form a business together. One contributes 80% of the capital, the other contributes 80% of the labor. After two years, the capital contributor wants to sell the business and keep 80% of the sales profit. The labor contributor contends that they were always meant to be 50-50 partners. There are no documents laying out capital contributions (both cash and in-kind), no description of how profit and losses are to be allocated, and now the friends are in a dispute, jeopardizing the sale.

A couple is in the process of getting divorced and the wife makes substantial claim against her soon-to-be ex-husband’s business. She testifies that she had helped come up with the business concept, was integral in its early start-up phase, performed work on its behalf throughout the years, and therefore should be considered a 50% owner. Obviously, her husband has a very different story. In the end, the court decides in absence of any documentation to the contrary in the business leaving both parties in a precarious position.

A woman inherits a substantial estate that includes a family business. Her brother, the “black sheep” of the family, was involved in the business at its start. However, he had a falling out with the father twenty years prior, left the state, and has had nothing to do with the deceased father or the family business during that time. The father leaves everything to his daughter. The son doesn’t contest the will. Instead, he challenges the transfer of the entirety of the business to his sister. Since the corporate records had never been updated from his early involvement, he was still the 50% owner on the certificate of incorporation. Dad’s will couldn’t give away what he didn’t own. Now the brother and sister must either find a way to work together, or one of them sell to the other.

Three friends go out to lunch for a month and talk about a great business idea. They share ideas for a brand, marketing, how the product will be made, pricing. Then, life interferes, and one of the friends gets busy with their day job, family, anything. The other two friends keep going forward and ultimately launch a company. It does everything the three ever dreamed it would. And now the forgotten founder, friend three, returns and claims one-third of the business. Now, instead of focusing on expanding and growing, the two friends are fighting to keep their equity.

A company’s board of directors meets regularly each quarter to go over its performance and plan for the next quarter and beyond. By requiring the CFO to circulate company financials prior to the meeting, and the ability to examine them, the directors are able to track the performance of the company and ensure that no financial misappropriation is taking place.

A family business has five employees. Every year it gives out year-end bonuses and raises to the workforce. The owner’s son enters the family business, and his skillset is the same as one of the employees. That employee is let go. The employee counters with a discrimination claim, saying that he was terminated due to his race. The claim is defeated when the business produces it annual records showing that not only was the employee not treated unfairly, he often received the highest bonuses and raises each year and received the same benefits. Instead, his position was the son’s area of expertise – as supported by the son’s degree and work history – and his position was no longer needed.

During an IRS audit, the examiner questions certain business expenses that are rather large. The business owner refers to the corporate record book which records the votes to incur the expenses, the rationale behind them, the selection of the vendors, and the payment plans. The business is able to defend the legitimacy of the expenses and they are allowed, saving substantial tax dollars.

Some Records Are Simply Required By Law

In addition, New York State requires good records for the formation of a business. For corporations, a corporation is not properly formed until it has filed with the Secretary of State, recorded organizational minutes, elected a board, appointed officers, issued stock and adopted bylaws. For limited liability companies, proper formation requires the filing with the Secretary of State, publication of formation, and adoption of an operating agreement.

These are just a few examples of how corporate recordkeeping can protect your business.

It’s Your Company. Keep It That Way.

Francine E. Love is the Founder & Managing Attorney at LOVE LAW FIRM, PLLC which dedicates its practice to serving entrepreneurs, startups and small businesses. The opinions expressed are those of the author. This article is for general information purposes and is not intended to be and should not be taken as legal advice.

Take a look at our valuable books and articles from our BUILD. NOT BILLED library. Our materials are full of New York specific information designed to help small businesses, entrepreneurs, and startups. Each book was written by our skilled and experienced attorney, Francine E. Love, and provides legal counsel to help you start, operate, manage, protect, expand, and exit your business with confidence. You can request your free copy by clicking on the book covers below. 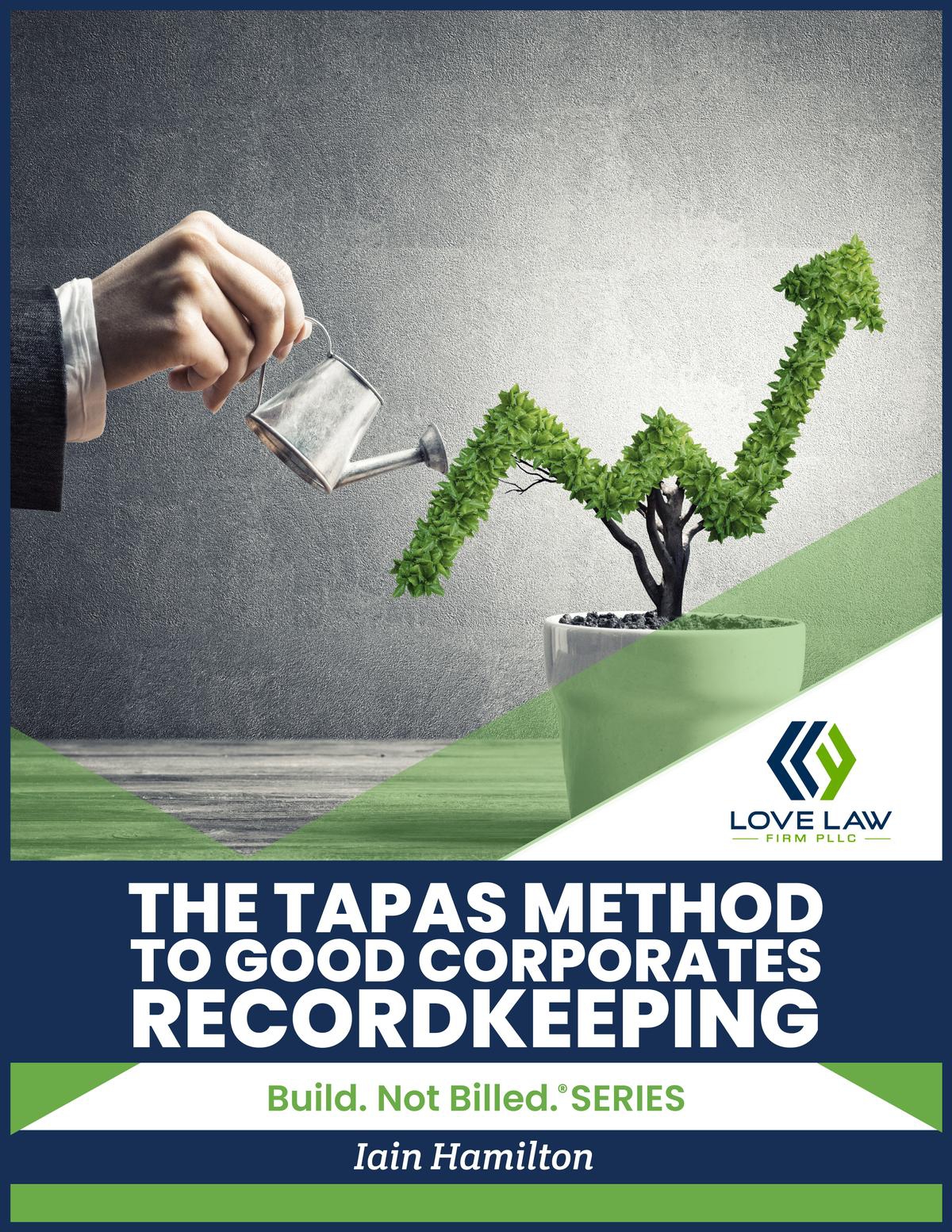 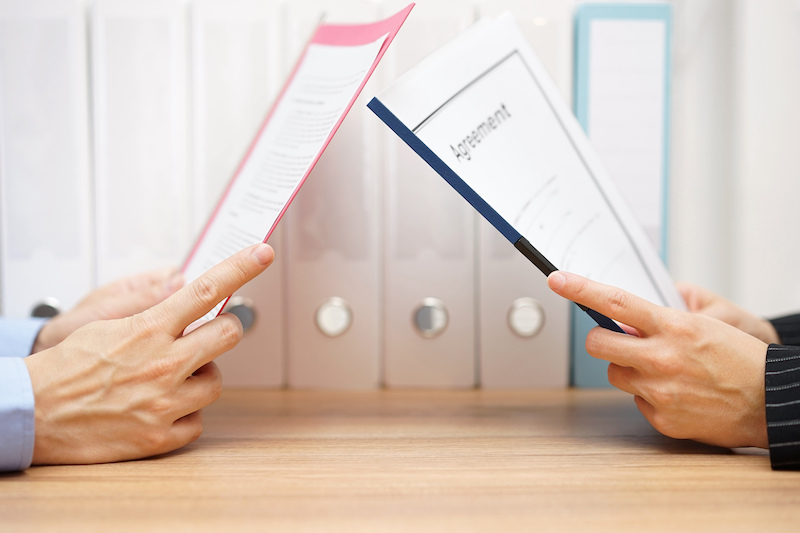 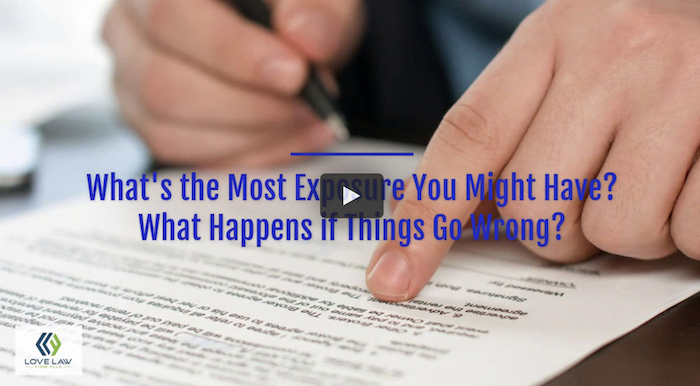 Let Us Help You! 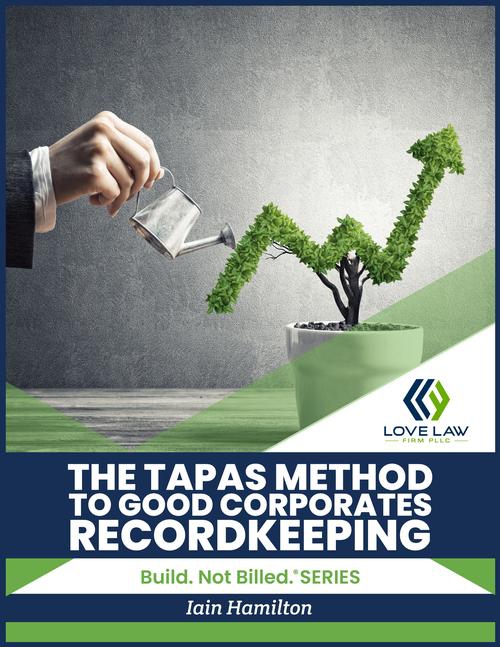