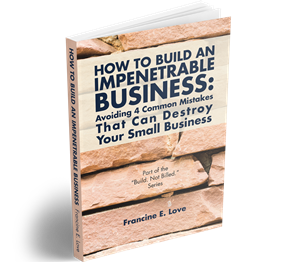 Contractual agreements are essential for routine business operations in almost every industry and trade. Any time your company agrees to perform a service or fulfill a payment in exchange for something of value, a legal contract was executed. For example, bills of sale, purchase orders, employment agreements and other commonly used transactions all qualify as legally enforceable contracts. Some elements of contracts can be confusing at first, so here is a handy guide to get you oriented with these important legal instruments.

What Makes a Contract?

A contract is defined as a legally enforceable agreement between two or more parties that creates an obligation to do or not to do certain actions. The term “party” can refer to an individual, company or other legal entity. Contracts can be written or verbal, but to be legally enforceable they have to contain three basic elements:

Does a Contract Have to be in Writing?

Typically, a contract is not required to be in writing. However, in certain situations something called the Statute of Frauds requires that legal agreements are documented in writing. These include:

Bilateral vs. Unilateral: What’s the Difference?

When most people think of contracts, bilateral agreements are what pops into their mind. In its most straightforward form, a bilateral contract is an agreement between at least two parties. The majority of business and interpersonal contracts fall into this classification. Examples of bilateral contracts are anytime you purchase a good or service, order a meal at a restaurant or receive treatment at the hospital. In all these scenarios, you’ve promised a certain action (i.e. payment) to another entity for their return action (i.e. performance of a service or deliver of a good).

On the other hand, a unilateral contract involves an action undertaken by one person alone. One of the most common examples of a unilateral contract are rewards. Say you’ve lsot your cat. You place an ad in the newspaper or online offering a $50 reward to anyone who returns your missing kitty. By offering the reward, you are offering a unilateral contract. You promise to pay. Should a personal fulfill the obligation of returning your cat. You’re the only person who has taken any action in the contract, as no one is specifically obligated to find your lost cat. Another instance of unilateral contracts is insurance agreements. The insurance company promises to reimburse the insured entity a specified amount of money in case a certain event occurs. If the even does not take place, the company is not obligated to pay.

What is a Breach of Contract?

A contract case usually comes before a judge because one or both parties claim that the other breached the terms of the agreement. A breach is essentially a failure to perform the promise or promises that comprise all or part of the contract. A breach can be either material or minor. A breach is material if, as a result of the breaching party’s failure to perform their obligation, theo other party receives something substantially different as to what the agreement provided for. For example, if the contract specifies the sale of a box of computers and the buyer receives a box of tennis balls, the breach is material. In such instances, the nonbreaching party is not obligated to perform their contractual duties and has a right to all remedies for breach of the entire contract.

Alternatively, a breach is considered minor if the nonbreaching party still revives the item or service specified in the contract, but it was delivered late or had minor discrepancies associated with its deliver. When a breach is considered minor, the nonbreaching party is still obligated to perform their contractual duties, but may recover damages attributable to the breach.

Let Us Do It For You!

Contracts are the lifeblood of your business. Make sure they work for you, protect you and help you grow your business. While there are a lot of resources on the internet for contracts, creating a Frankenstein-esque contract will not do your business any favors. Let us craft the professional, customized agreement your business needs. Or help you review the contract you've received from another party so you know what they've ask you to commit to.