Fill out the form on this page to connect with us and we will be in touch with you shortly to discuss your legal needs. We love working with brand new entrepreneurs and experienced corporate leaders alike!
The hiring of a lawyer is an important decision that should not be based solely upon advertisements. The materials contained within this website provide general information about the LOVE LAW FIRM, do not constitute legal advice, and are intended for informational purposes only.  We serve clients throughout the New York City metropolitan area, Long Island, Westchester, and all of Upstate New York. 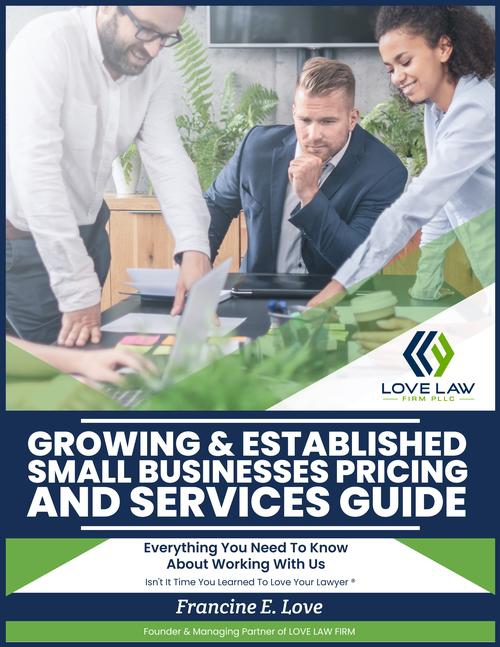 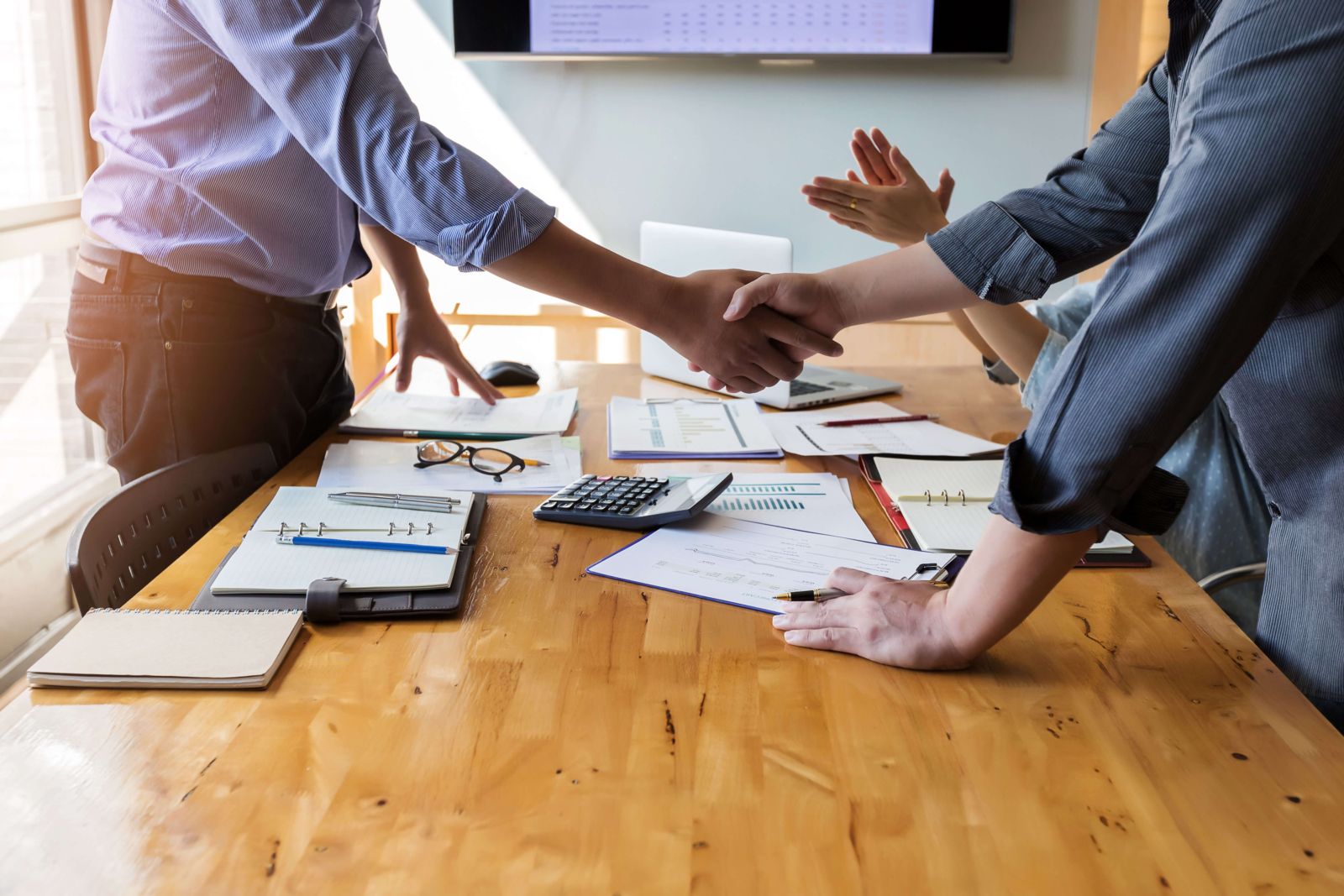 In this next installment of contract basics for business owners, we will cover some essential clauses that are incorporated into nearly every agreement. Better understanding these terms–and the potential monetary or legal implications associated with each–will help you mitigate risk and liability. This is especially true during negotiations with vendors and business partners, and will help you ensure you protect and maintain productive, sustainable operations well into the future.

Ideally, a contract will align with the intentions of the parties across all potential scenarios and locations; however, in practice, there are situations in which language in a contract may be inapplicable or unenforceable due to statutory changes and other unforeseeable developments. This is where the concept of “severability” comes into play.

A severability clause is a contractual provision that sets forth what the impact of a specific unenforceable or invalid section of a contract will have on the remainder of the document. Put simply, the severability language enables the parties to ‘sever’ certain clauses when necessary, to ensure the remainder of the agreement continues to fulfill its originally intended function. The clause essentially says that the rest of the agreement’s terms will remain in effect even if one or more clauses or terms are deemed judicially enforceable or conflict with state or federal statute.

Bear in mind that–in some instances–it may be necessary for the severability clause to specify that there are specific clauses within a contract that are so essential to its purpose that if it is impossible to effectively modify the offending section to be compliant with judicial or statutory prerequisites then the entire agreement has to be rendered null and void.

(1) Savings Language: States the remainder of a contractual agreement is preserved and enforceable even in the event that one or more clauses are ruled unenforceable via court decision; and

(2) Reformation Language: States the protocol for parties to modify certain provisions in the event that they conflict with state/federal law or are deemed unenforceable.

“Entire Agreement” or “Complete Agreement” clauses are typically inserted as “boilerplate” contractual language, are generally considered uncontroversial, and put into contracts by the parties as a matter of routine. These inherently straightforward clauses do not normally entail substantial negotiation and are general and broad enough to remain applicable regardless of the context and background of the contract at hand. A commonly used example of a complete agreement clause is:

The purpose of these clauses is to ensure that the applicable terms and conditions pertaining to the parties’ ongoing contractual obligations are laid out in a single agreement, thereby preventing parties from potentially relying on inapplicable or outmoded statements or documents generated during pre-execution negotiations. Small business owners should remain cognizant, however, that entire agreement clauses does not preclude parties form relying on extrinsic statements or documents that suggest that the meaning of the contract should be interpreted one way or another.

The governing law clause, also referred to as the choice of law clause, specifies what state laws will dictate the interpretation of the contract and which jurisdiction will oversee the eventual enforceability of its terms and conditions. This language can have significant impact in that the outcome of any subsequent contractual disputes may be highly dependent on seemingly minor variations between local statutes. Small business owners should note that they are not necessarily tied to where they reside or where the contract is executed when it comes to selecting the governing law and jurisdiction and courts have historically respected the forum and jurisdictional selections of the parties.

Governing law provisions are particularly important for small businesses that are doing business across state lines. When working with suppliers, vendors, or clients in other parts of the country, a small business owner will want to be careful to not subject his or her business to different laws and courts.

Arbitration is a method for the parties to a contract to resolve disagreements arising out of their agreement. In some instances, the parties can voluntarily agree that they will submit to arbitration proceedings; however, depending on the industry or context in which the contract applies, arbitration can be mandatory. The arbitration process is conducted by an unbiased third party who is tasked with hearing each party’s conflicting claims and using that information to make a decision as to which one will control.

Accordingly, the arbitration clause states the instances in which arbitration is necessary, lays out the parties’ rights and obligations, and specifies the specific type of arbitrator and his/her background that will be used in the event of a dispute. Arbitration is an alternative to parties suing one another, and is generally regarded as a more flexible and less costly process for resolving disagreements. As it is not a public litigation, arbitration is private and confidential. Arbitration clauses can either be binding or nonbinding. The distinction is that a binding clause means that the arbitrator’s decision will be final; whereas a non-binding clause enables the parties to reject the arbitrator’s ruling and proceed to formal legal action. Business owners should insure that any arbitration clauses explicitly cover the following information:

An indemnification clause essentially transfers the risk of potential liability from one entity to another. Essentially, this language states that one of the parties is obligated to absorb the losses incurred by the other party to the contract in certain circumstances. A party agreeing to indemnify another states that if they or one of their agents takes certain actions that subsequently result in the other party’s financial loss, damages or litigation from a third party, that they agree to defend the other party or foot the bill for the impending litigation.

Practically speaking, the indemnity clause operates as a form of insurance, in that the granter of the indemnity is financially responsible to the other party. Small business owners should very carefully analyze the entire indemnification language before agreeing to it to ensure they completely understand any potential implications. For instance, there’s a significant different between “defending against reasonable claims” and “defending against allclaims.” Although the apparent discrepancy between the two statements is minor, it could end up saving you millions of dollars.

Indemnification clauses are often one of the most closely negotiated clauses in a contract. The language in them is usually quite dense and all too often the unsophisticated business owner will not give it the attention it deserves. The result can be the loss of the business.

More Resources to Learn About Contracts

Have You Made These 11 Smart Decisions?